Fans walking through high school wrestling tournaments around the country are greeted by a similar sight. Wrestling mats strewn door to door, whistles blowing, and the ubiquitous voices of cheering coaches, fans, and teammates. In the downtime, you will see wrestlers napping, playing on their phones, and joking with coaches and teammates as they wait for their next match. The 2020 North Carolina State Wrestling Championships are not different, except for one exception. Heath Gonyer.

Heath can be found at a table for the non-profit he started, Wrestle with Purpose. When Heath was competing, in his place was a sign, “Be back in 30….wrestling now.” Heath showed himself to be a wrestler we can all get behind for his work helping those in need. Along the way he also won states for the first time, with a pin in the finals, and was named the North Carolina Wrestler of the Year. Of his two goals, his opponents on the mat proved to be the less difficult challenge than taking on a lack of access to proper wrestling shoes. His mindset is a big part of his success on the mat- his purpose for wrestling is bigger than winning.

Gonyer was this year’s North Carolina high school 3-A State Champion at 138 lbs. But for Heath, the state tournament was about more than just accomplishing his goal on the mat. It was an opportunity to give back to the wrestling community around him. 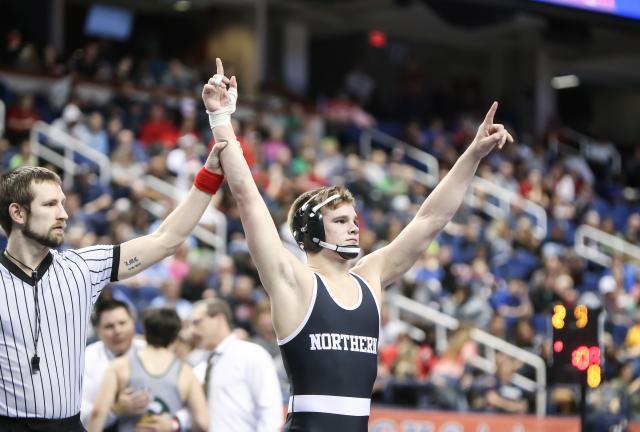 Wrestle with Purpose was started as a senior project and grew into a non-profit over the course of the year. The goal is helping others that share his passion, but lack his opportunities on the mat. When Heath found out that at a local middle school, wrestlers were sharing shoes, he saw an opportunity to take action by collecting and redistributing wrestling shoes for wrestlers that lack access to some of the most essential equipment to practice and compete.

Before the state tournament, the Northern Guilford wrestler began promoting his project through Instagram, letting the wrestling community know he would have a booth set up at the tournament. Heath says he was able to collect some shoes at states, but the booth was more about promoting his cause.

On the mat, Heath achieved success throughout his high school career. Before accomplishing his goal of winning a state title this season, he placed 4th, 2nd, and 2nd his first three seasons and compiled an impressive record of 179-9. Heath will continue his wrestling career for NCAA Division 1’s Appalachian State with his sights set on being an All-American.

Gonyer’s success on and off the mat stems from his mindset. A mindset that wrestling is about more than just winning,  it is an opportunity to share his faith and lead by example as a stand-up human being. At tournaments, you can often find him walking around in a “Jesus Trained” shirt. His faith is not just displayed on clothing, but in his deeds.

This mindset is what keeps Heath balanced. With God first, Heath is motivated to train hard, to lead by example and to give back to the wrestling community. This is what wrestling is about for him. The goals on the mat are important but secondary. Gonyer says “it’s about something bigger than wrestling.”

Wrestling Mindset is proud to be part of the support team for Heath and many others. Growing into a great person, wrestler, and a student is not an easy path to walk alone. Wrestling Mindset works with hundreds of wrestlers, athletes, and teams across all sports every year to help them gain the Mental Edge. If you or your team is interested in jumping levels through the Wrestling Mindset program, please contact us at www.wrestlingmindset.com/#trial. 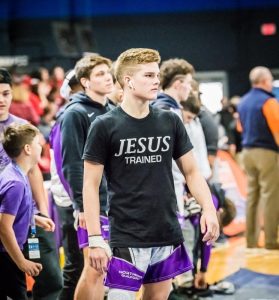 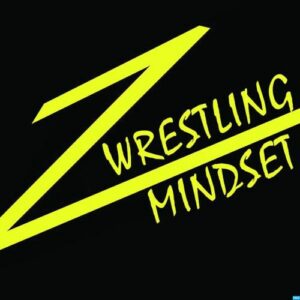